Our story began in Denmark in November 2017 when the founder was casually browsing online. In Spring that year, she was diagnosed with asthma during a trip to California, and normal paraffin candles triggered her symptoms.

Then she came across something called soy candles. She was intrigued to find that asthmatics and allergy sufferers were able to burn these without consequences – and that they were eco-friendly.

After lots of research and gathering ingredients, she made her first ever soy candle, the remains of which she keeps to this day. She’s always had a passion for candles, but had to limit burning them as otherwise it would trigger her asthma. But with this new candle, she didn’t get any asthmatic or allergic symptoms – the relief!

Then she discovered there was no soy candle company in Denmark. In fact, no Danes seemed to know about soy candles. After lots of research, she came across several Danish studies showing how dangerous stearin and paraffin candles were, and the harmful ingredients candle producers use.

It’s scary to think that in a country where 4 out of 10 Danes light candles at home every day for some “hygge”, few were concerned about its impact on health and environment. Right away, she knew she had to do something to change people’s minds about these harmful candles. 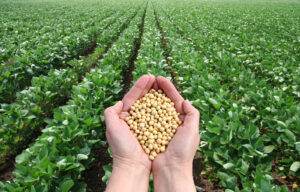 So she founded this very company on 1st January 2008, originally named Magick Moon Soy Candles. She already had some experience in candle production from working at her parents’ candle business a few years earlier. Although they had produced paraffin candles, she could use that experience in her new soy candle business. In February 2008 she also began offering soy melts – which also were a first in Denmark.

Finally, she could spread the word about these new and healthy candles that even allergy sufferers and asthmatics could burn.

Not only that – the ingredients were environmentally friendly too. She was careful to buy the soy only from sustainable sources. This is intrinsic to her personal values: we shouldn’t just take care of our health; we need to take care of our planet too.

These values soon paid off when her soy candle company was invited to the Danish TV channel DR1’s ‘Aftenshowets Julemarked’ later in 2008. It was an invite-only Christmas fair at Rådhuspladsen in Copenhagen, a stepping stone to continued growth in the years to come.

Since forming the company, many people in Denmark and other countries have discovered the harmful impacts of candles made of paraffin and stearin wax. More research has been done, and we’re gradually getting wiser on how candle emissions pollute indoor and outdoor climates.

We use cookies on our website to give you the most relevant experience by remembering your preferences and repeat visits. By clicking “Accept”, you consent to the use of ALL the cookies.
Cookie settingsACCEPT
Manage consent

This website uses cookies to improve your experience while you navigate through the website. Out of these, the cookies that are categorized as necessary are stored on your browser as they are essential for the working of basic functionalities of the website. We also use third-party cookies that help us analyze and understand how you use this website. These cookies will be stored in your browser only with your consent. You also have the option to opt-out of these cookies. But opting out of some of these cookies may affect your browsing experience.
Necessary Always Enabled

Any cookies that may not be particularly necessary for the website to function and is used specifically to collect user personal data via analytics, ads, other embedded contents are termed as non-necessary cookies. It is mandatory to procure user consent prior to running these cookies on your website.